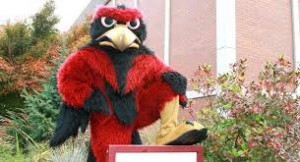 With the Space Needle in Downtown Seattle dominating the landscape, Seattle is a must-visit city – being the largest in the Pacific Northwest. It has earned the nickname Emerald City because despite the fact that it rains most of the year, Seattle is spectacularly green and has excellent views of the Cascade and Olympic mountains. It`s also a business and cultural center, and is home to two universities: the University of Washington and Seattle University.
A Brief Look at the History of Seattle University

Whether you`re a parent who is looking for prospective schools for your college-bound kid or if you are a would-be college student yourself, there are many reasons why it pays to consider Seattle University. The educational institution ranks sixth among the 121 regional universities in the West. It also offers a wide array of programs including the following:
64 Undergraduate Programs
31 Graduate Programs
28 Certification Programs

Now, how did Seattle University come to be? It was founded in 1891 as a Jesuit Catholic University/law school. When it was first starting out, the university owned 50 acres of land in the Capitol Hill neighbourhood of Seattle. They also did not offer higher education back then, but the institution was named Seattle College shorty after it granted its first bachelor`s degrees to students.

Later on, a night school for women were also created and it was only in 1948 that the name changed to Seattle University. One of the highlights of the university`s operation was in 2009, when it managed to finish the largest capital campaign in history, overshooting their target campaign goal by $20 million. This resulted to new scholarships being granted, and an improvement in the university facilities.
What are the Facilities Available at the University for Students?

Next, what are the facilities available at Seattle University? The current campus is situated in the Capitol Hill neighborhood, near downtown Seattle. The educational institution excels in sustainability due to the recycling, energy conversation, food waste compost and similar green programs that they have. Here`s a quick list of the facilities available for students at Seattle University:
The Chapel of St. Ignatius is part of the campus, whose design earned an Honor Award from the American Institute of Architects in 1998.
There are facilities available for students at the Albers School of Business and Economics; the College of Arts and Sciences; the Matteo Ricci College; the School of Law; the colleges of Nursing, Education, Science & Engineering, and Theology & Ministry.
Dining, parking, water stations, sports and practically all the other facilities that students need are also available at the campus.

The exact address of Seattle University is 901 12th Avenue, Seattle Washington. When you visit the official website of the university, driving directions from the north, south, east and west are indicated in detail. There are also several bus routes which serve the university so you should not have any problems getting there. Finally, you can book a standard, extended or group visit so that you would have an idea about the facilities available and see the campus yourself. The official website of Seattle University is www.seattle.edu.