Lehigh University is a relatively small private school located in Bethlehem, PA, city famous for offering some of the most unique Christmas holiday experiences to its locals and visitors which include Christkindlmarkt Bethlehem, First Night Bethlehem and much, much more. 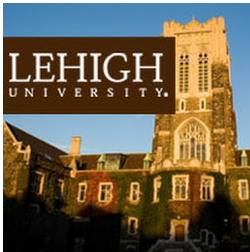 home to Taylor Stadium, known to be the thirds oldest collegiate stadium in USA, and was also the place where Jesse W. Reno studied – the inventor of the escalator, who graduated from Lehigh University in 1883.Another interesting piece of information about Lehigh is that, in ’92, it was the first in the country to create an independent satellite network which was used to broadcast a class nationwide. Also, the Lehigh-Lafayette football game is the most-played football rivalry in the nation, drawing numerous sports fans in the area each time it takes place, the two teams playing against each other every year since 1897.</p>

Perhaps, the most useful tip for aspiring students to keep in mind (especially during finals) is that it is considered bad luck to step on the university’s seal engraved in the Leadership Plaza pavestones, outside the Alumni Memorial Building.